It’s currently crunch time in the group stages of the World Cup, and it feels like this week could be similarly decisive for the plan to bring Major League Soccer to Austin. On Thursday, the Austin City Council will meet to vote on whether it should start negotiating with the owners of the Columbus Crew to put a soccer stadium at McKalla Place, or whether it should consider using the same land for other uses. So it looks like we will finally find out whether the City of Austin wants a soccer team or not.

At the same time, the lawsuit in Ohio rumbles on with a recent ruling from the Ohio Court of Appeals that sided with the City of Columbus and the State of Ohio.

Personally, it’s been a busy few weeks for me too. Aside from the wonderful distraction of the World Cup, I won a fraud trial in Travis County District Court, I went to Mexico City to watch Scotland v Mexico, and I wrote an Op-Ed for the Statesman. More on that below, but first an update on the developments with the City of Austin.

The City of Austin has two MLS related resolutions on the docket for this Thursday (June 26th). One would authorize the City Manager to begin negotiations with Precourt Sports Ventures (PSV) to bring MLS to Austin and build a stadium at McKalla Place. The other resolution seeks to solicit plans from other private entities to use McKalla Place for something else – most likely a mixed use residential/commercial project that would essentially be an extension of the Domain. Both resolutions are sponsored by 4 council members. Kevin Lyttle of the Statesman wrote a great article setting all of this up.

While it’s possible that both resolutions could pass, Richard Suttle representing PSV, has said that passage of the competing resolution could cause delays that would ultimately force the team owners to look elsewhere.

And that is why this feels like a big week for this whole project. As Council Member Garza said yesterday, it boils down to whether the City wants soccer or not. We should know more after Thursday night. I plan to attend.

It was a couple of weeks ago that reports emerged about some other private groups suddenly proposing alternative uses for McKalla Place. I say “suddenly” because, as I’ve already written, the land at McKalla Place has laid empty for more than 30 years since a chemical fire and explosion in 1985.

This led to some council members wanting to postpone a decision on MLS to allow these other developers an opportunity to bid on the land and then “may the best man win“. In other words, certain council members believe that the decision on what to do with McKalla Place should be a purely economic one. At the same time there were a couple of negative opinion pieces being written about the financial impact of a soccer stadium.

Reading those articles, I just felt that if the decision on whether Austin should have a soccer team is going to be a purely financial one, then there wont be a soccer team. I thought I should try and write an Op-Ed that highlighted the other benefits to a city that a soccer team could bring. Fortunately I’d just returned from an amazing experience in Mexico City watching two diverse groups of soccer fans come together as one. So that’s what I wrote about, and it appeared in the Statesman late last week. 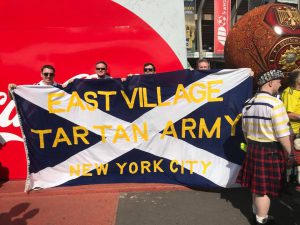 You can read that Op-Ed in full here. I have also posted it on this blog in a separate article. The Statesman came up with the headline of “Commentary: You can’t put a price on the kinship MLS fans enjoy”. My original headline was something like “Soccer Is About More Than Just Economics, It Can Bring People Together”, but the rest of the words were mine.

If you recall, back in May, MLS/PSV appealed the lower court’s decision to pause the 6 month notice period for 90 days, or to ‘remove the batteries from the clock’ as the court put it. I wrote about that decision in May saying it was a big early win for the Crew.

Last week, the Ohio Appeals Court rejected that appeal, in essence because you can’t appeal from an order unless it is final. It wrote that the lower court order was not final and that it did not impose any additional restraints on MLS/PSV. You can read the order in full here.

Specifically, the Appeals Court stated that the order didn’t effect PSV’s ability to operate the team in Columbus, or to continue the process of the “exploration of opportunities in a potential new host city”. So I saw that as positive for PSV. They can continue to negotiate with the City of Austin while this lawsuit goes on.

However, the denial of the appeal means we are back to where we were in May with PSV/MLS being forced to engage in a process to hand over confidential information to potential buyers, and to, at the very least, listen to offers for the team. See my post in May for more on that here.

The #SaveTheCrew supporters obviously saw this as a victory, and the decision certainly favors them, although ultimately I still don’t think it will change the outcome. Clearly the City of Austin agrees, otherwise it would not be wasting its time and money talking to PSV/MLS.

The one effect it might have is that because the Columbus Judge will manage this negotiation process over the next few months and will explore settlement with the parties, it probably delays any official announcement for a while.

Why do I say that? My feeling is that if a judge is ordering both parties to participate in a court-managed settlement to explore ways in which the Crew might stay in Columbus, I can’t see how MLS/PSV announce, in the middle of that process, that the Crew have struck a deal to leave Columbus.

But as we stand, the 6 month ‘Notice Clock’ is paused for 90 days while the two sides are forced to try and figure out a mutually beneficial solution. It’s not exactly clear when the pause started, nor when it will end. It’s also still unclear when the 6-month Notice Clock started. Hopefully there will be some clarity, one way or another, very soon.